The 2023 Play Lab panelists will be listed here once they are confirmed.

Below are the yearly staff who run the Monologue Workshop and Valdez Theatre Fringe. 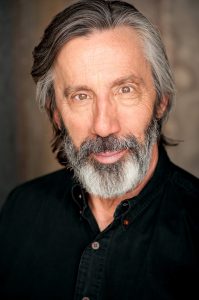 Frank Collison and his wife Laura Gardner are excited to be here for their sixteenth year and to once again teach the Monologue Workshop. They are eternally grateful to Dawson Moore and his merry band who have worked so hard to make the Conference such a rich experience. Frank was born into the theatre, appearing at age four months in the role of a baby at a tent theatre in Granville, Ohio. His mother directed him in his first non-crying role, the boy in William Saroyan’s My Heart’s in the Highlands. Frank briefly flirted with the idea of becoming an archaeologist but after seeing his father as Otto Frank in The Diary of Anne Frank, he decided he wanted to be an actor. He earned his BA in theatre at San Francisco State University where he performed street theatre and helped establish Pinecrest Theatre in Sierra, Nevada. He trained at the American Conservatory Theatre and then went on to earn an MFA in acting at UC San Diego. Appearing in over 150 stage productions, Frank has worked Off-Broadway, with the New Jersey Shakespeare Festival, Denver Center Theatre Company, and Pacific Conservatory of the Performing Arts. He once toured 39,000 miles in nine months with Chamber Repertory Theatre of Boston. In Los Angeles, Frank has acted in productions at the Bilingual Foundation of the Arts, Ensemble Studio Theatre, Los Angeles Theatre Company, Rogue Machine, The Road Theatre Company and Pacific Resident Theatre where he is a founding member. The LA Weekly honored his performance as Mr. Peachum in PRT’s The Beggars’ Opera as best supporting actor. He is a father to three amazing humans. Please ask him about his kids. Frank funds his theatre habit by working in film, television, and voice-over. Most recently, Frank guest starred in Young Sheldon, It’s Always Sunny in Philadelphia, and Big Shot. He is sometimes approached by people on the street who ask, “What have I seen you in?” It’s usually O Brother, Where Art Thou?, Twin Peaks, or Dr. Quinn, Medicine Woman. www.frankcollison.com 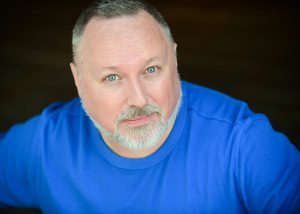 Ben Corbett returns for his eighth year at Valdez Theatre Conference. He is an Assistant Professor of Voice and Acting at the University of Arkansas. He is also a Designated Linklater Voice Teacher and a Certified Colaianni Speech Instructor. Ben previously taught voice and acting at the William Inge Center for the Arts/Independence Community College as an Associate Professor of Theatre, and at Oklahoma City University as an Associate Professor of Voice and Acting. He also served a voice residency at the University of Kansas. His professional vocal coaching credits include Ronin Theatre Company, TheatreSquared, City Rep, the William Inge Theatre Festival, the Last Frontier Theatre Conference, the Hollywood Fringe Festival, Nashville Shakespeare Festival, Barter Theatre, Burning Coal Theatre Company, Bare Theatre, Shakespeare Dallas, and Shakespeare Santa Cruz. He is a Senior Editor for the International Dialects of English Archive, and the creator of the Arkansas Accent Project. He will be shooting a documentary based on the Arkansas Accent Project this summer. 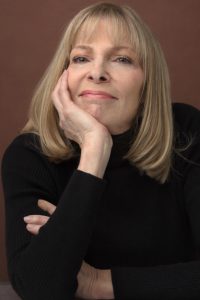 Laura Gardner is delighted to return for her sixteenth year as a Featured Artist. Frank and Laura had the pleasure of being directed by Dawson Moore in Lia Romeo’s Sitting and Talking, on Zoom, as a Benefit for the Actors Fund. What a joyful experience! Laura also did two benefits on Zoom of Luke Yankee’s Marilyn, Mom & Me for the Actors Fund and Broadway Cares, playing Luke’s mother Eileen Heckart. She also played Constance in King John for All the Web’s a Stage for Australia’s award winning Shakespeare Republic. Laura was nominated for Best Supporting Actress by the LA Weekly for her performance in Fighting Words, which opened at the Celtic Arts Center in Los Angeles and then transferred to the Millennium Center in Wales. She was also nominated for an ADA Best Actress for Idle Wheels at The Road Theatre, by Alaska writer/actor James Morrison. Laura appeared on Broadway in Smile. Her Off-Broadway credits include The Cocktail Hour with Nancy Marchand and Bruce Davison, Other People’s Money, and Welded, directed by Jose Quintero. She toured nationally with Showboat, My Fair Lady. Her extensive regional credits include the Arena Stage, Huntington Theatre, Cleveland Playhouse, McCarter Theatre, and the North Carolina Shakespeare Festival. LA credits include The Road Theatre, The Rogue Machine, Pasadena Playhouse, Will Geer Botanicum, Westwood Playhouse, Greenway Court, Tiffany Theatre, Fountain Theatre, Deaf West, Road and Sacred Fools. Some of her TV and film credits include Law and Order SVU, Seal Team, Animal Kingdom, The Romanoffs, Doubt, Outcast, Scandal, Fresh Off the Boat, Secrets and Lies, Criminal Minds, Castle, Law and Order LA, Torchwood, The Forgotten, Crash, ER, Close to Home, and The West Wing. You may have seen Laura and Frank recurring on the NBC hit My Name is Earl. Laura also shot the pilot Shredd, playing Jason Lee’s wacky mother. Laura trained at Boston University, Rutgers, and HB Studio, where she studied with Uta Hagen, Carol Rosenfeld, and Ken McMillan and now studies with Jessica Hecht and Austin Pendleton. She was on the faculty of The Howard Fine Acting Studio in LA, and in Australia for over 19 years and now teaches her own classes in Los Angeles and her popular ‘Authenticity Workshop’ across the country and abroad. www.lauragardner.org 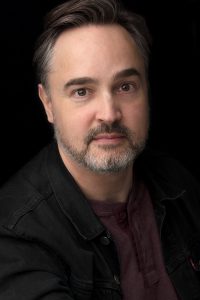 Rob Lecrone is a former Alaskan (1978-2012) who recently moved from Los Angeles to Albuquerque. He began acting in Anchorage in 1995 and was voted Best Thespian in the Anchorage Press Picks in 2000. As an Alaskan, Rob helped clean up the Prince William Sound following the Exxon Valdez oil spill and once enjoyed bear stew made from the bear that almost ate him. He is excited to return home to Alaska for his thirteenth Conference. Rob performs multiple jobs at the Conference, embarking this season on his seventh year as both a coach in the Monologue Workshop and as a co-producer and one of the hosts of the Fringe. Rob holds an MFA in Acting from Cal State LA as well as a BA in Creative Writing from the University of Alaska Anchorage. He trained at the Howard Fine Studio in Hollywood, is a graduate of the Upright Citizens Brigade improv program, and was a participant in Hagen Teachers Lab at HB Studios in New York. Rob co-produced and acted in the world premiere of Conference playwright Nicholas Walker Herbert’s Bloodless in 2020. Also in 2020, he served as lead producer for the U.S. version of international digital theatre production The Art of Facing Fear (which included Conference actors Danielle Rabinovitch and Megan Skye Hale, among others), partnering with Brazil’s Os Satyros, Sweden’s Darling Desperados, and LA’s Company of Angels in a show which won Best Production in India’s Good The@tre Festival and the Worldwide Award for Collaborative Work of the Year in the Young-Howze Theatre Awards. In 2017, he co-produced and acted in Julia Lederer’s With Love and a Major Organ for the Conference mainstage, along with fellow actors/co-producers Laura Gardner and Michelle Gardner. Rob performs on online improv team Squirrely Bird with another Conference attendee, Veronika Gribanova, and teammates from across the states. His most recent project has been working as Production Coordinator on a feature film written by Conference playwright Adam Seidel. Some of the above facts might lead you to believe that, given the right opportunity, Rob is open to collaborating with his fellow Conference attendees, and that would be a fair assessment. 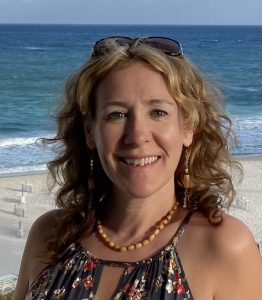 Schatzie Schaefers is an Alaskan writer whose plays have been produced in New York City, San Francisco, St. Paul, Toledo, New Jersey, Western Connecticut University, Detroit, Ft. Lauderdale, Boca Raton, and Columbus, Ohio. In Alaska at Perseverance Theatre, Cyrano’s, Out North, Anchorage Community Theatre, UAA, West Anchorage High School, Prince William Sound College, Last Frontier Theatre Conference and TBA Theatre. Her play Spikes received its world premiere at Cyrano’s in April of 2018, and her murder mystery, Silver Thaw, had its world premiere at Anchorage Community Theatre in September of 2017. Member of Blue Roses (NYC), Dramatists Guild of America, and Featured Artist at the Last Frontier Theatre Conference. Schatzie has been attending the Conference since 1994, and is happy to return for her third year as co-coordinator of the Fringe. She also graces many bars and festival stages in Alaska as a vocalist for Yachtly Crew, The Moby Wang & Supergirl Show, and Agents of Karma.